Create an Account - Increase your productivity, customize your experience, and engage in information you care about.

There are numerous annual events that celebrate our local Revolutionary War history. For more information about these activities you can contact the Gaffney Visitors Center and Art Gallery at 864-487-6244.

Located in the heart of downtown, The Gaffney Little Theatre offers audiences a variety of entertainment throughout the year. Performances include plays, musicals, and special theatrical events for both youth and adults.

The mission of Gaffney Little Theater is to enhance the performing arts in the heart of the community through education, participation, opportunity, and outreach. The theater has showcased both local talent and out-of-town artists for many years. Four to six shows are presented each season, and all are open to the public.

Check out the Gaffney Little Theater marquee at 131 East Robinson Street to learn about upcoming events, or call 864-489-4589 for more information. 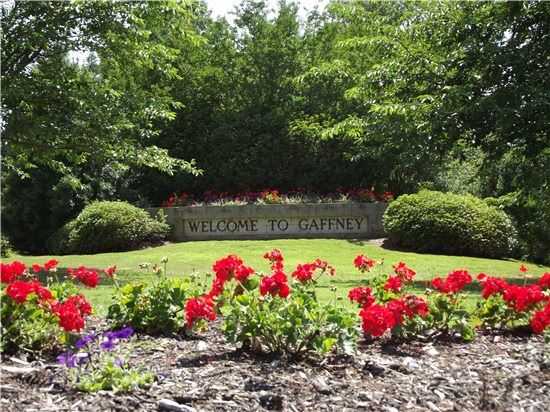 The City of Gaffney has eight parks packed with fun for the whole family. From relaxing to the tranquil sound of the water feature at the John Q Little passive park to a challenging game of tennis at Thomson Park. Maybe you like to enjoy watching your children play, then we have five parks with playgrounds that will put a smile on your child's face. Picnic shelters are located in four parks for parties and family gatherings (see details below). Our beautiful parks are the perfect place for your wedding, check out the John Q Little, Joe Dean Knuckles, and City Park, and picture your wedding with the backdrop of colorful flowers and spectacular landscaping offered in these three parks. Perhaps you like to stay fit or enjoy a leisurely walk with friends, then visit the Joe Dean Knuckles and McCluney parks for a brisk walk or casual stroll around the walking paths. For your convenience restroom facilities are located at parks with picnic shelters.

For information and on reserving a picnic shelter or park for a wedding please call 864-487-8507.

Our friendly and courteous staff of Park Rangers patrol our parks to provide safety and assist visitors in any way. To contact the Park Ranger on duty call 864-761-6061 and explain who you are, what park, and what way they can be of assistance. For emergencies dial 911.

The City of Gaffney is dedicated to providing safe, beautiful, and fun-filled parks that can be enjoyed by the whole family. We are motivated for the future in the planning and growth of our parks.

The City of Gaffney is the seat of Cherokee County, which proudly boasts that "freedom was won here" and "freedom still lives here." The county includes three national parks which commemorate the actions of Patriot forces who fought for independence from British rule.

Right here in Cherokee County is the final portion of the 330 mile trail, which hundreds of frontier militiamen traveled in 1780 across the Appalachian mountains to join up with Patriot forces in South Carolina. Free, illustrated maps of the Overmountain Victory National Historic Trail are available from the Gaffney Visitors Center at 210 West Frederick Street.

Travel along the Cherokee Foothills Scenic Highway (S.C. Highway11) from Gaffney to the Cowpens National Battlefield, where on January 18, 1781, Daniel Morgan led an army of frontier militia and Continentals to a brilliant victory over the much larger force of British regulars commanded by Banastre Tarleton. The battlefield, managed by the National Park service, includes a monument to the men who fought in the battle and an excellent visitors center which provides informational programming. Expert guided battlefield tours are available throughout the day. Each year on the weekend closest to January 17, the park celebrates the anniversary of the battle with firing demonstrations and a living history encampment. On the weekend closest to Independence Day, fireworks and other activities are free and open to the public. See the website for hours of operation and schedule of special events. 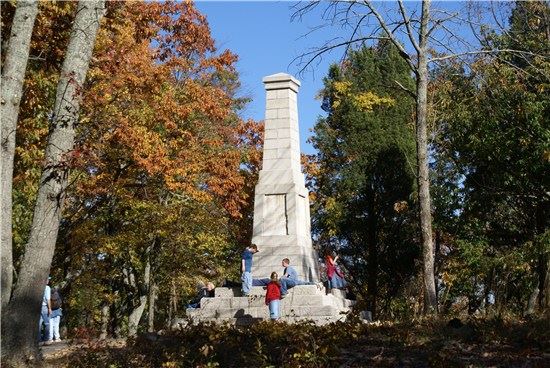 Follow the Overmountain Victory Trail through historic downtown Gaffney to the site of the battle that Thomas Jefferson described as "The turn of the tide of success." There, on October 7, 1780, the Patriots won a decisive victory over loyalist forces. The park includes a monument, visitors center and amphitheater. Special informational programs and commemorative events are offered at various times of the year. See the website for hours of operation and schedule of events.

Historic Sites Within the City of Gaffney

Within the City of Gaffney, are three districts that are included on the National Register of Historic Places. The City of Gaffney invites everyone to explore our history. Continue Getting into Gaffney's history as you explore the historic downtown area with visits to the Michael Gaffney Log Home, the City Hall Park with its historic water fountain, and the new Gaffney City Hall ringing the sounds of the bell suspended in the clock tower of the original City Hall constructed in the late 1800's. Upon departure from the Historic Commercial District, stroll through the streets of Gaffney's Historic Residential District, with homes constructed between 1890 and 1930, generally of frame or brick construction with fine examples of Queen Anne, Colonial Revival, Neo-Classical, Victorian, and Bungalow styles. Located on College Drive, nestled in the historic residential district, you'll want to enrich your historic exploration with a visit to the Cherokee History Museum. The Residential Historic District will lead you to the beautiful Limestone Springs Historic District which encompasses much of the Limestone College campus, Nesbitt's Quarry (locally referred to as the Limestone Quarry), and the Limestone Springs Baptist Church.

The Cherokee County History and Arts Museum, located at 301 College Drive, is open Tuesday through Friday from 10 am to 4 pm and Saturday from 10 am to 2 pm The artifact-based facility adds a new dimension to the area's already rich culture. Over 3,000 artifacts are a part of additional exhibits and displays. With exhibit topics ranging from Native Americans and Geology to Moonshine Runners and Military Service, the museum has captured the attention of travel writers and tourists alike. The museum has been named a Blue Star Museum by the National Endowment for the Arts-Blue Star Family Partnership. For more information visit the website or call 864-489-3988.

Located at 202 South Logan Street, the Cherokee County Veterans' Museum houses over 500 artifacts and pieces of memorabilia depicting American military history from the War for Independence to the present. The museum is open on Saturdays from 9 am to 11 am and Sundays from 2 pm to 4 pm.

The works of members of the Cherokee Alliance of Visual Artists (CAVA) can be viewed in the gallery. Exhibits change periodically, and all are free to the public. Some works of art are offered for sale, and a gift shop is available within the gallery. A CAVA artist is on site during operating hours to discuss the exhibits or to register students for CAVA sponsored art classes for children or adults. For more information on CAVA shows, memberships or classes, please call 864-489-9119.

To encourage and nurture the education, appreciation and creation of all areas of the visual arts and crafts, to promote the artistic works of its members through an on-going marketing effort; to give the general public, as well as students and artists, the opportunity to participate in activities, lectures and events that will provide insight into the importance and impact of the visual arts in our community and throughout history.