Create an Account - Increase your productivity, customize your experience, and engage in information you care about.

In January of 1781, Patriot forces gained a critical victory over the British army at the Battle of Cowpens. This National Battlefield includes a monument to the men who fought here. Visitors can view a film about the battle, explore historic artifacts in the museum, tour the battlefield, and shop for gifts and souvenirs. Special events throughout the year include encampments of living history interpreters, weapons firing demonstrations, lantern light tours, a scholarly lecture series, and Junior Ranger Days. The anniversary of the battle is commemorated each January 17th. Visitors can enjoy Revolutionary War Weekend activities during the first weekend in October. The park is also available for nature trail walks, jogging, picnics, bike riding and bird watching. 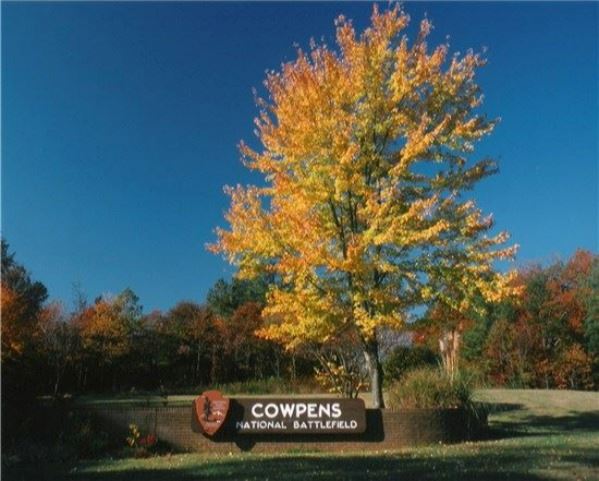 The Battle of Kings Mountain changed the course of the Revolutionary War: Visitors can view a film about the battle, and explore the museum and gift shop. The 1.5 mile battlefield trail affords perspectives from both sides of the battlefront and leads travelers to the Kings Mountain monument, firing demonstrations, lantern light tours, Junior Ranger Days, and battle anniversary activities on October 7th. The park offers picnic areas, hiking trails, equestrian trails and bird watching opportunities. 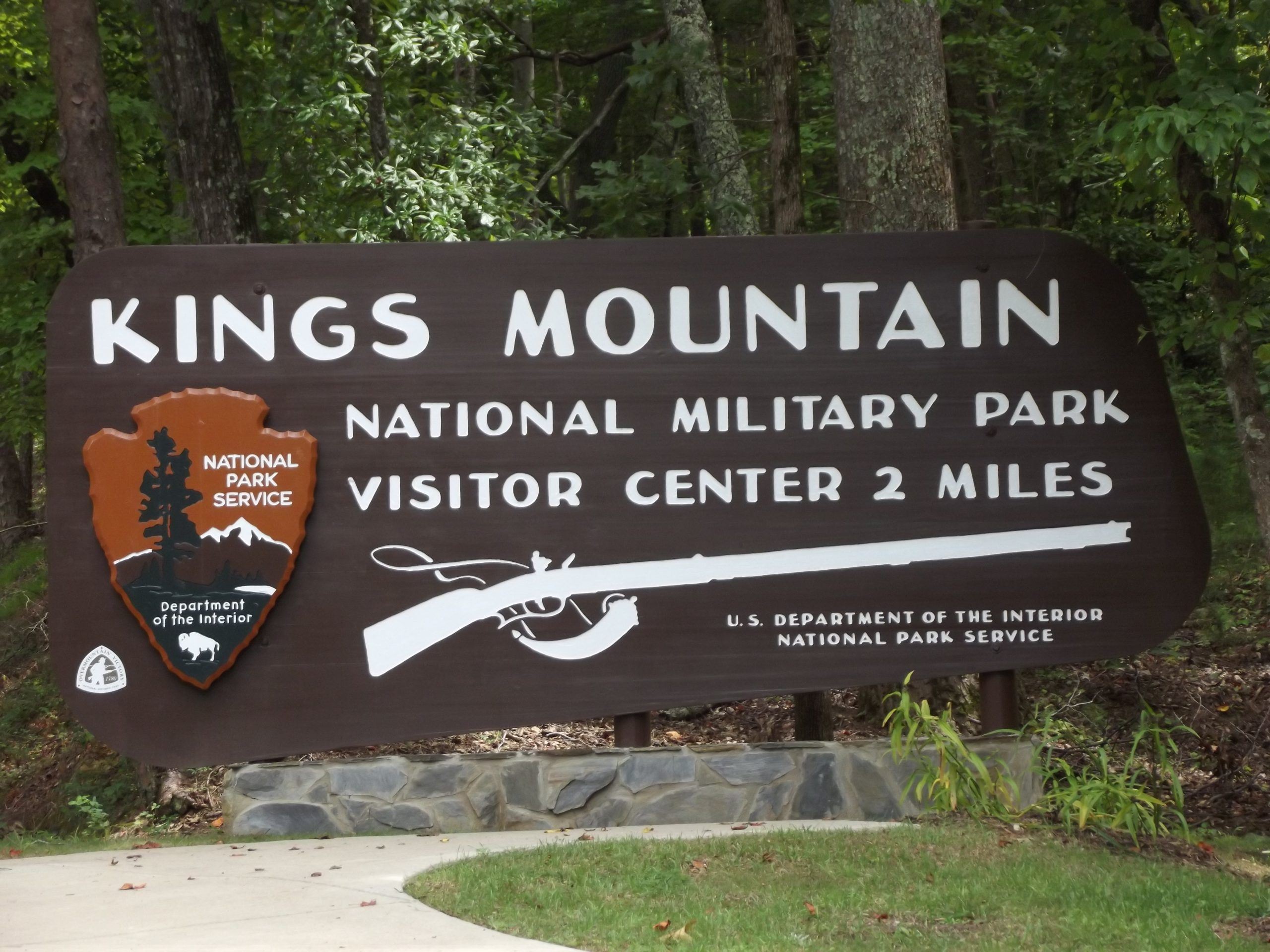 This 330 miles commemorative route honors the hundreds of Patriot fighters who traveled across the Appalachian Mountains to engage and defeat Major Patrick Ferguson and his Loyalist forces at Kings Mountain. A portion of the motorized route passes through downtown Gaffney. Each year, in early October, members of the Overmountain Victory Trail Association (OVTA) and other participants hold a memorial march along the historic trail, stopping in Gaffney on their way to the battlefield. 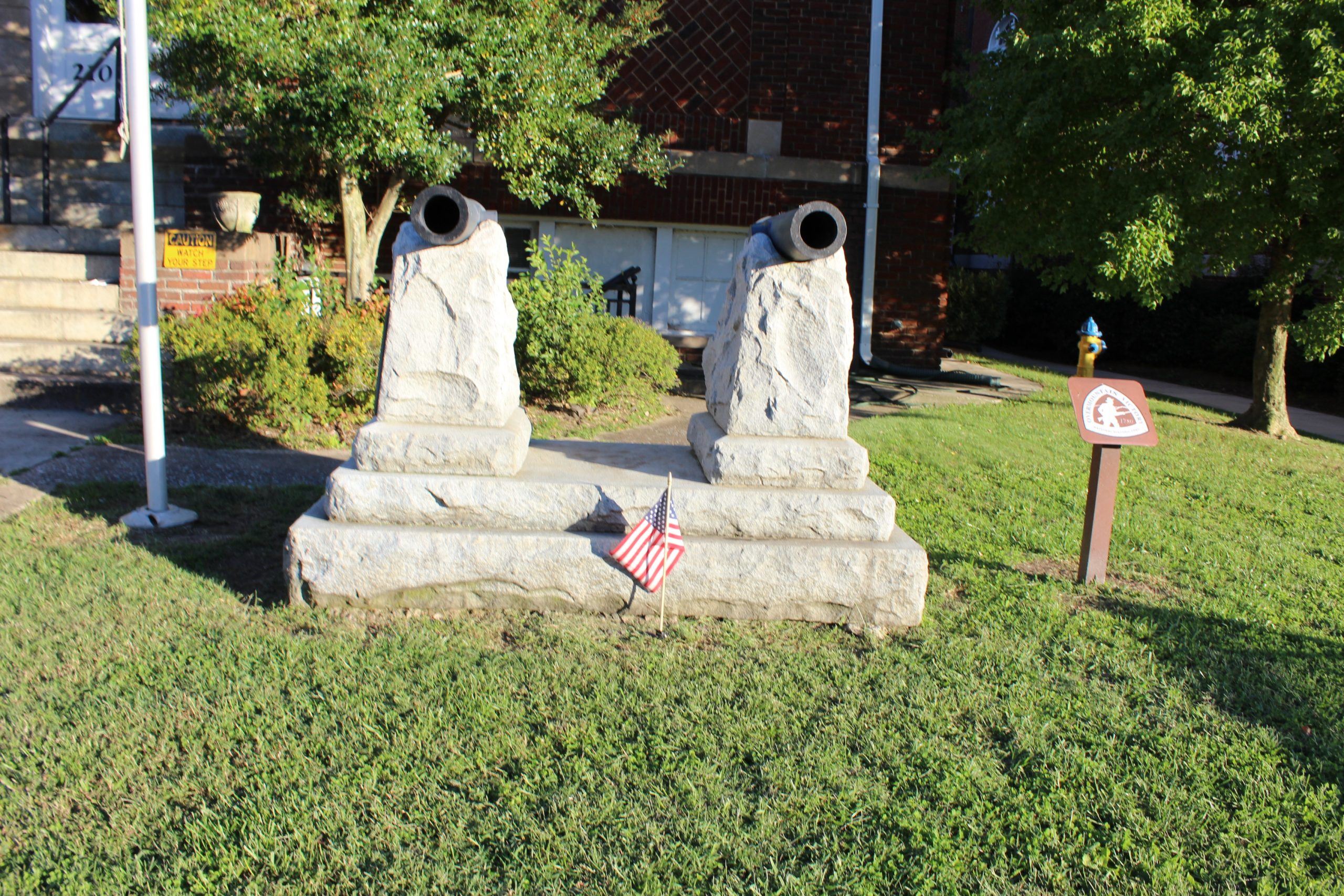 Col. James Williams led a detachment of Patriots in the Battle of Kings Mountain. He was the highest ranking Patriot office killed in that battle. Initially in a shallow grave near the battlefield, Williams’ remains were later interred in the City of Gaffney, on property adjacent to the Overmountain Victory Trail. A historic marker at the site pays tribute to his valor and contribution to the fight for independence. 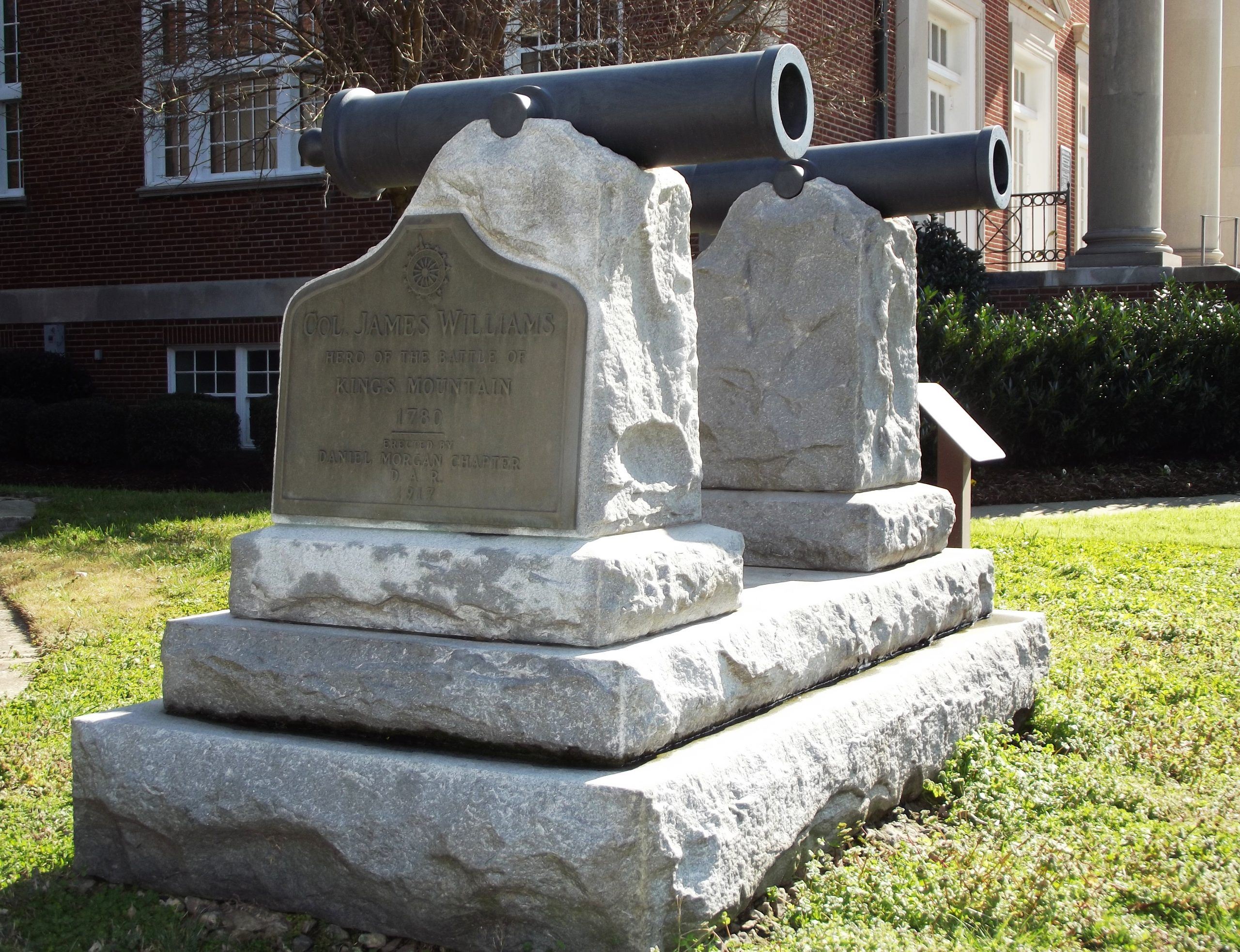 Three British soldiers, who were wounded in the Battle of Cowpens in 1781, were brought to Limestone Springs for care. These unknown soldiers perished and were buried in unmarked graves. A memorial, which includes a marker and fountain, is now located at their gravesites in Limestone Springs on the Limestone University campus. This is the only known final resting place of any of the fallen from the Battle of Cowpens. 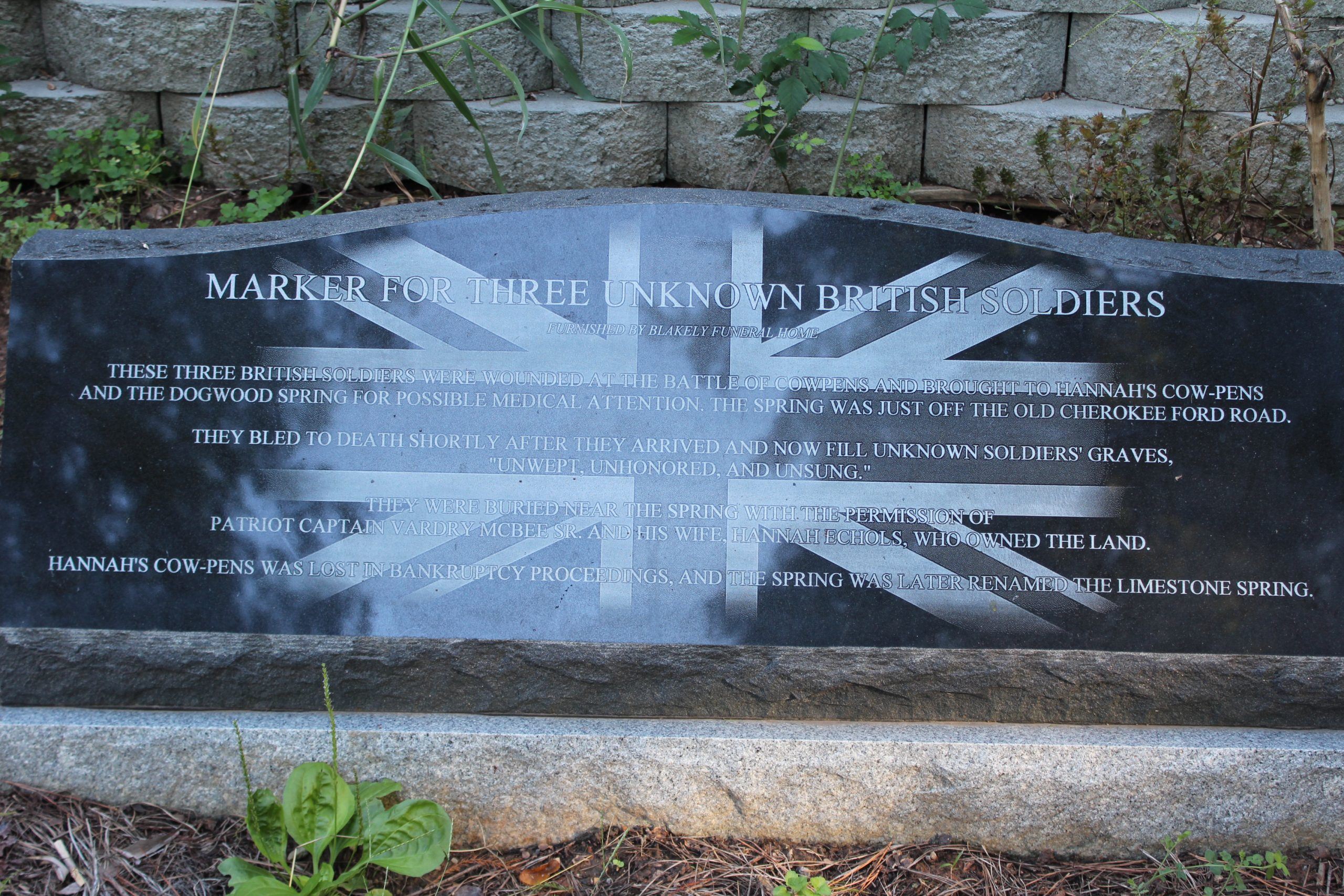 Originally built as a refuge from local American Indians, this cabin in what is now rural Cherokee County became the point from which Tories would launch raids on local farms in the area during the American Revolution.  These Tory raiding parties would pillage the area and then return to the well-fortified structure.  Surrounded by an abatis and stockade, the men would have to crawl through a narrow opening to get in and out.

By 1780, the Fort was occupied by ninety-three Tory troops under the command of Captain Patrick Moore and one British Sergeant Major.  As word of their actions against local women and children spread, six-hundred men under the command of Colonels Shelby, Clarke, and Hampton forced the surrender of ninety-three Loyalist soldiers, a British sergeant-major, and two hundred fifty weapons.

In 2014 the Cherokee Historical and Preservation Society, Inc. purchased the Fort Thicketty site, which includes the original cabin. Altered through the years for various agricultural purposes, the hand-hewn heart pine logs have survived. The site is currently undergoing stabilization which will be followed by archaeological investigation and restoration for historic interpretation.

Contact the Cherokee County History and Arts Museum at 864-489-3988 to schedule a tour.

Do you have an ancestor with ties to the area? Contact the Gaffney Visitors Center & Art Gallery at 864-487-6244to learn how their story can be displayed in our permanent Revolutionary War Exhibit, “It Happened Here, It Happens Here”.